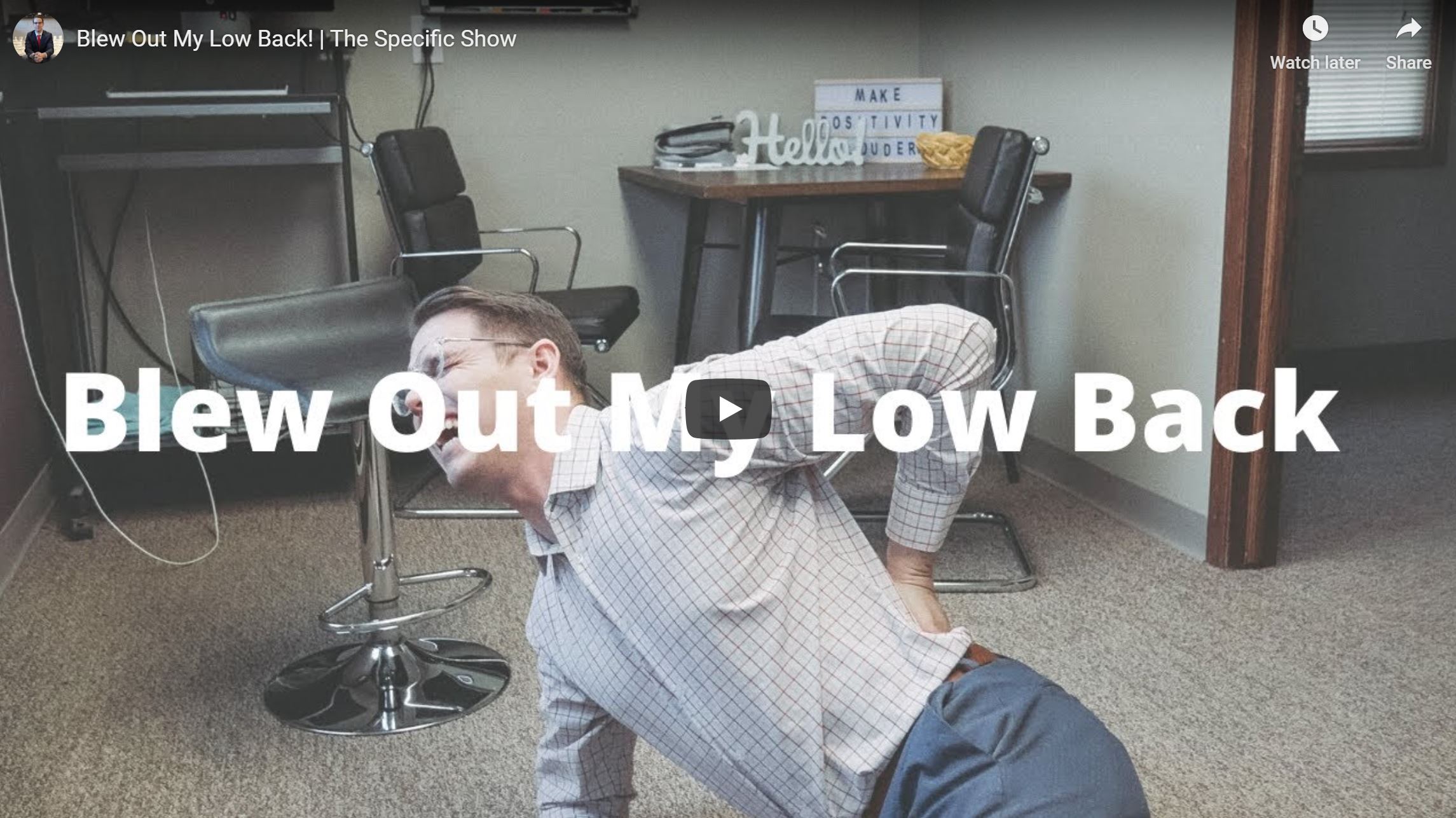 LOW BACK PAIN IN YOUR NECK

Over the weekend I was in Florida for a conference.

Now being in Florida was definitely a treat as we were able to escape some of the cold Wisconsin fall/winter weather.

There were tons and tons of great speakers at this conference, one of them being my friend Trey. He talked all about how to make a bigger impact with your life.

After he spoke we were hanging out and I noticed he was not only walking kind of funny but also could barely bend over to pick something up. I asked him what was going on and he mentioned that he’s been having really bad low back pain.

I told him that we need to get him in the office, he immediately had some hesitation mentioning that we only work with the neck so why would he come by us?! The idea makes complete sense to me as we wouldn’t be touching or adjusting his low back at all, but rather his upper neck area.

So technically we are saying that he is having low back pain in his neck.

How can we even help people like Trey with low back pain?

B.You can watch the video

It is all about the nervous system. It is housed in the upper neck area, which is why we work with that area. If we have a misalignment in the upper neck suddenly the head isn’t sitting on the body correctly. It would be tilted one way or another. The body doesn’t want the head to be sitting crooked so it starts to engage other muscles in the body causing mid back and low back pain. Once we get the head sitting straight again it allows the rest of the body to fall back in place, really decreasing a lot of the pain and discomfort people have been experiencing. This is how we are able to help out Trey and people like Trey with low back pain. If you have any questions about what we do give us a call!

How Many Prescriptions Are Enough?

Why so many prescriptions? Last year, the numbers say that for every man, woman, and child,...

Why do I get frequent headaches?

You may be asking yourself, "why do I get frequent headaches?" I once asked myself the same...

Relief for headaches and migraines is right here!

It can feel hard to find help and relief for headaches and migraines, and there is simply nothing...