ADHD | A NO Meds Option

It seems like the rise in kids and adults being affected with ADHD is not going to stop any time soon. There is a multitude of reasons causing this rise in people being affected ranging from environmental, genetics, diet, social media, the list can go on and on and on.

It’s to no one’s surprise that today’s society is much more toxic than society 50-100 years ago. So someone who had a potential of getting ADHD or other neurodevelopmental disorders 50-100 years ago from environmental factors weren’t affected as much as people now!

There are tons of people who are ultra sensitive to very small things. Gluten intolerance, food dies, pesticides, tons and tons of things. It seems like as the years went by our systems started to get more and more sensitive to these sorts of things, but why?

If you or your child has ADHD then you have already heard about the idea of putting them on medications. That is great and all as medication does work for this sort of thing. The problem being is that the medication really changes who someone is. If you talk to an adult who takes medication for their ADHD they will tell you that it makes them feel different. Sure they feel different as in they can focus better but it’s a different feeling. They will explain how they don’t 100% feel themselves anymore, as in their personality changed!

This is a concern that we at The Specific Chiropractic Centers – Lake Country hear from people. They don’t want to give up their personality or turn their child into some sort of robot. They want to maintain their same personality but without the side effects of medications.

There is a no medication option when dealing with ADHD. This option is all about the nervous system and what we do at The Specific Chiropractic Centers – Lake Country. A lot of the people and kids we see who struggle with this disorder have a nervous system issue going on and don’t even know it.

That might not sound like a big deal but the nervous system is key in managing everything that is going on. One part of the nervous system we focus on is that autonomic, or automatic nervous system. This part make it so you don’t have to think about breathing, your heart beating, digesting, or any of that stuff. Now this is made up of a couple parts…sympathetic side and the other being the parasympathetic side. The sympathetic side is in charge of the fight or flight response, like how you’d feel if you saw a car coming right at you. You get nervous, sweaty, and you are ready to run as fast as you possibly can. The parasympathetic side is the opposite of that, it’s in charge of resting and digesting or almost being a brake pedal.

A lot of people who have ADHD are stuck in this sympathetic/fight or flight state. There system is always in go go go mode making it hard for them to focus or sit still. At The Specific we look for this and see if the nervous system is working how it’s supposed to or if it’s stuck in this fight or flight mode.

If we see that the nervous system isn’t working correctly via computerized infrared thermography we perform a very specific adjustment restoring normal functioning to the system. Restoring normal functioning to the system allows people with ADHD to feel like themselves still along with having the ability to have better focus and not feel so distracted.  Check out the video below for more info!

Here are a few more posts on how chiropractic care can help those with ADHD, ADD, and more.

CBD Oil, Chiropractic, and Natural Remedies for Children with ADHD

More parents than ever are wanting to explore alternative forms of healthcare for their children....

How Pregnancy and Delivery Can Affect your Child’s Behavior

The title of this blog is pretty ridiculous isn’t it? Well after you read this it you mightnot... 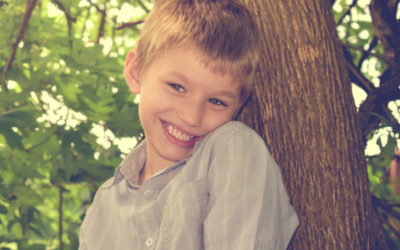 ADHD vs. Autism – What are the Differences?

ADHD and Autism are words that are far too common today. They seem like diagnosis’ that are talked...